Bill Lickson was familiar with the drive from Tallahassee to Gainesville from when his daughter was a student at the University of Florida. He had even started supporting the Gator football team — for every game but the Florida State University vs. UF game, of course.

But he never expected to have to make that long drive many more times a decade later, for a much different reason.

On a business trip to Chicago, Lickson, 52, could see, and feel, his neck was extremely swollen. Thinking it was strep throat, he went to a hospital emergency room – and ended up spending three days in the intensive care unit while physicians investigated whether or not he had an infectious disease. After no improvement, he flew home to Tallahassee, where physicians advised him to see a cancer specialist.

“I went to UF Health Shands because of the reputation, proximity and the unique skill set it offered,’’ said Lickson, who said he knew UF Health has world-class experts in cancer.

He was diagnosed with stage IV head and neck cancer, and the physicians prescribed an aggressive treatment plan involving surgery, radiation and chemotherapy. His surgery was successful and he didn’t need chemotherapy, only radiation treatment.

Because of where the cancer was, Lickson was unable to eat and swallow. He had to use a feeding tube for three weeks. Recovery was long and relearning how to swallow was a difficult part of his journey.

As part of his treatment, he met Amy Fullerton, S.L.P., BCS-S, a speech-language pathologist at the UF Health Speech and Hearing Center who specializes in swallowing disorders.

Fullerton is one of only about 300 speech-language pathologists in the United States who have board certification in swallowing disorders. This certification process involved 350 hours of clinical work treating patients with swallowing disorders, or dysphagia. She also has taken 750 hours of continuing education and had to prove leadership in her field. Fullerton then passed a comprehensive examination involving detailed head and neck anatomy, physiology, cranial nerve function, and diagnosis, management and treatment of disorders resulting in dysphagia.

Fullerton said her inspiration during this three-year process was her goal of helping patients regain control of their swallowing function, allowing them to once more have regular eating habits and better overall well-being.

“I get a lot of strength and courage from watching my patients go through what they do,” said Fullerton, who is also a clinical lecturer in the department of speech, language, and hearing sciences at the UF College of Public Health and Health Professions. “It is humbling to be able to help them recover basic functions like speech or swallowing after their devastating cancer treatments. One of my biggest pleasures comes from seeing patients like Bill doing wonderfully years later. That keeps me motivated.”

Lickson began to see Fullerton once a week during radiation treatment to retrain his throat and neck to swallow. She gave him multiple exercises to practice at home, and shared tips to help him swallow more easily.

Because of having to use the feeding tube for nourishment and his difficulty swallowing, Lickson had lost a lot of weight. To help keep up his energy, he ate a very healthy diet. He also worked on building up his cardio strength, walking from the American Cancer Society Hope Lodge to the UF Health Medical Oncology – Davis Cancer Pavilion for treatments.

He continued to see Fullerton for swallowing sessions for a few months after his radiation treatment ended. Now, he no longer needs therapy but still uses the exercises she taught him.

Back to his old self and still living a healthy lifestyle, Lickson, now 54, said he tries to make every moment count, especially with his family.
“It’s remarkable what one can go through in a year,’’ he said. 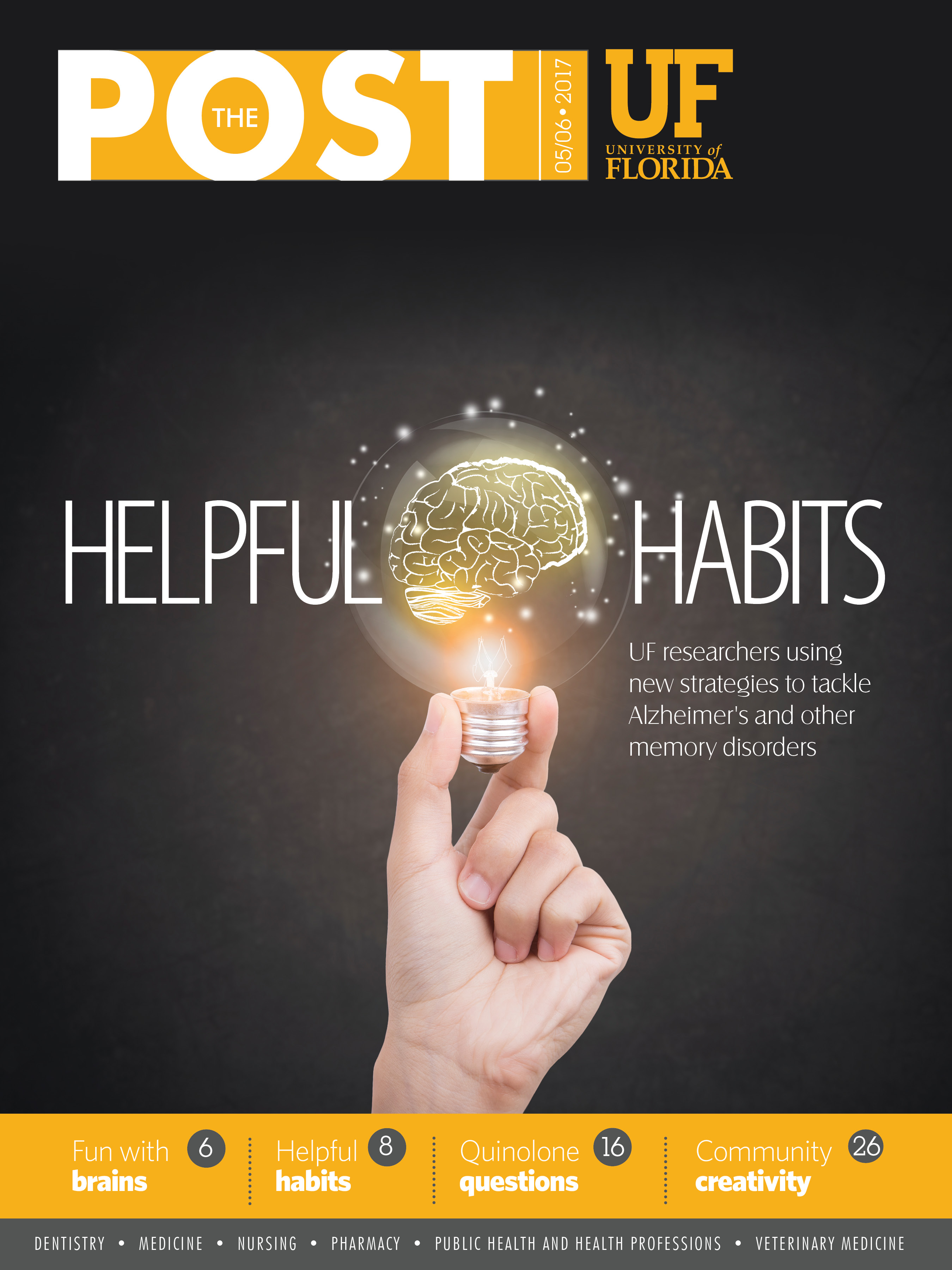