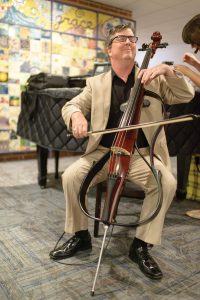 Giving thanks through the gift of music

Mike Bloomer, a professional musician from Orlando, received a diagnosis of brain cancer in 2016 and was told he had six months to live. He was referred to UF Health Shands Hospital, where physicians performed successful surgery on the tumor and, to hear him say it, gave him back his life. Bloomer returned to perform in the UF Health Shands Hospital Atrium to show his thanks and appreciation for all of those who helped in his treatment and recovery. — Greg Hamilton

At UF Health, we are surrounded by problem-solvers — professionals seeking solutions to complex medical issues. Through teamwork and innovation only possible at an academic health center, our faculty and staff work side-by-side to improve our patients’ lives. Through our 2013 Invisible Connections campaign, we introduced the new UF Health brand to the public. Then in 2015, the No Two Alike campaign built on this brand recognition. This month, the latest phase of our campaign, themes Problem-Solving Care, launches statewide to build UF Health brand awareness by highlighting another aspect of what makes our academic health center unique. We’re sharing compelling stories about four patients who came to UF Health seeking answers to their health conditions. In each case, we highlight their physician’s lifelong drive to overcome challenges and innate ability to collaborate with other medical professionals. At UF Health, this problem-solving mindset helps us move medicine forward. — Kim Rose 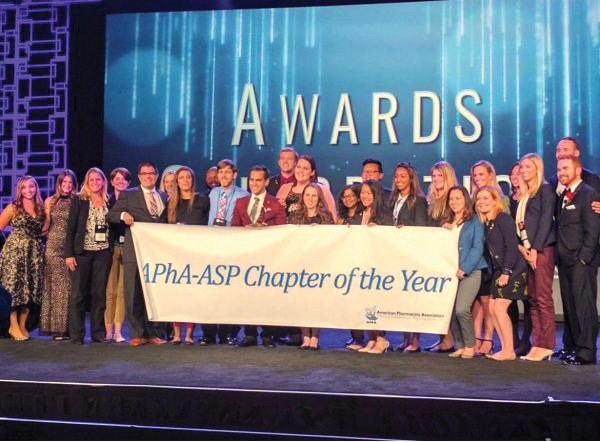 A multifaceted effort at the UF College of Veterinary Medicine to boost the college’s national reputation has earned its communications team the 2017 Communications Excellence Award from the Association of American Veterinary Medical Colleges, or AAVMC. The college used its 40th anniversary to kick off a new branding campaign called “Challenge Accepted.” Nearly 20 special events made up the anniversary program and through the internet, social media platforms and its flagship magazine, Florida Veterinarian, the college shared historical milestones to inform and remind stakeholders how its alumni and faculty have impacted the world through the veterinary profession. — Sarah Carey