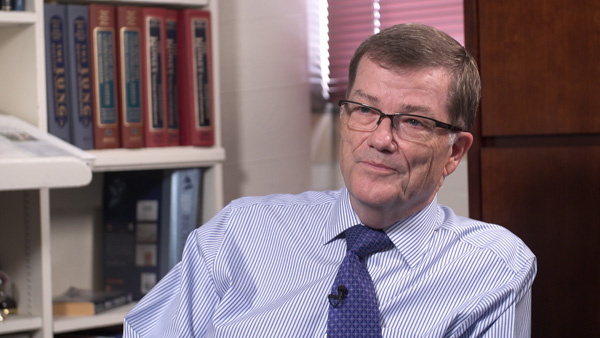 One of the most common forms of stress for a fetus is being oxygen-deprived. Now, University of Florida researchers have studied an animal model and found that reducing oxygen for even a short period of time can drive bacteria from the mother’s body into the fetal brain.

Working in sheep models, the researchers found that oxygen deprivation allows staphylococcus simulans bacteria to migrate from the mother’s placenta into the fetal brain. The findings were published in the journal Scientific Reports.

Reducing maternal oxygen by 50 percent for just 30 minutes, a condition known as hypoxia, produced brain inflammation in the sheep fetuses a day later, the researchers found. The discovery sheds new light on how fetuses develop and survive in challenging conditions, said Charles E. Wood, Ph.D., a professor in the UF College of Medicine’s department of physiology and functional genomics.

While the findings have yet to be established in humans, researchers believe a similar reaction likely occurs in pregnant women, Wood said. Still, that doesn’t mean expectant mothers should worry unnecessarily about hypoxia from airplane flights, high-altitude driving or sleep apnea. Brain bacteria can be associated with premature birth, autism and brain-development issues but the fetal immune system also provides some protection, he said.

Some bacteria may not be altogether bad for fetuses: Researchers are interested in the idea that low levels of bacteria may prime a fetus’s immune system and get it ready for life outside the womb, Wood said. The relatively brief period of hypoxia did not lead to rapid fetal cell damage from the bacteria, researchers found.

“This discovery shows that the presence of a small number of bacteria in the fetus is part of a normal pregnancy,” Wood said.

Researchers said the findings also have implications for mothers and newborns, including how to best treat infants at risk of hypoxia-related central nervous system damage and whether antibiotic use during pregnancy increases the risk of antibiotic-resistant bacteria in the placenta and fetus.

“We believe that this finding could potentially change the treatment for infants who are suffering after hypoxic stress,” Wood said.

In lab tests that simulated oxygen levels at about 12,000 feet above sea level, researchers tracked the activity of hundreds of genes in parts of the brain that produce essential hormones and control long-term memory.

Eric W. Triplett, Ph.D., a professor of microbiology and cell science at the UF Institute of Food and Agricultural Sciences, did the genetic detective work that showed the bacteria in the ewes’ placenta was identical to the strain in their unborn offspring.

The findings also further unwind the longtime scientific dogma that the womb is a sterile, pristine environment. In 2014, Baylor College of Medicine researchers found that the human placenta harbors a unique microbiome. Now, the UF researchers are the first to establish that placental bacteria migrate to the fetal brain.

Next, Wood said he wants to learn more about how bacteria migrate from the placenta to the fetus and whether the results found in sheep can be generalized to other species.

Wood, who has published about 170 scientific papers and is known for his expertise with fetal stress response and the mechanism of prematurity, called the finding a defining moment of his professional life.

“I clearly view this as the most important thing I’ve ever done in my whole career. We think that this is a sea change in our field,” he said.