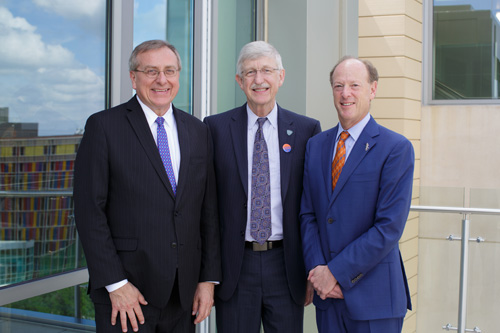 By Doug Bennett and Bill Levesque

A recent spike in federal spending is an energizing opportunity for researchers, the nation’s top scientist said during a visit April 2 to the University of Florida.

In fact, Collins said a cure for sickle cell anemia may not be far off. The disease affects blood flow by altering the shape of red blood cells.

“I’m going to predict that five years from now, we will have cured sickle cell disease,’’ he said. “It’s about time we had a molecular cure. I think we can do that.”

To cure sickle cell anemia and make major advances against other diseases, scientists should be empowered to take risks and to ask big, fundamental
questions, Collins said. That’s where the NIH and its newly robust funding can help. The agency has an additional $3 billion in funding for the 2018 fiscal
year, and the largest amount overall since 2003.

“That means there are all kinds of things we can go faster on. We can develop that universal influenza vaccine, which we need if we’re going to be protected
against a future pandemic or even just to get rid of annual flu shots that don’t work very well. We can come up with strategies to use gene editing to begin
to find cures for those thousands of genetic disorders where we know the precise molecular defect, but we haven’t got a solution that will work in terms of
therapeutics,” he said.

Earlier in the day, Collins visited the Sid Martin Biotechnology Institute. He had much praise for the UF-run incubator in Alachua, which has created more than
2,200 high-tech jobs and served more than 100 startup companies in biotechnology, biomedicine and bioagriculture.

“There are very few universities that have had the kind of vision to make sure their discoveries get taken to that next step,” Collins said.

Following his speech, Collins held a “fireside’’ chat with David S. Guzick, M.D., Ph.D., senior vice president for health affairs at UF and president of UF Health,
and took questions from faculty and students. Guzick acknowledged the agency’s financial support as well as the enthusiasm among the many scientists in
the audience.

The event was organized by U.S. Rep. Ted Yoho, R-Gainesville, who along with UF President Kent Fuchs accompanied Collins to the tour of the Sid Martin Biotechnology Institute and who addressed the audience in the Harrell Building.

Some of the approximately two dozen students who met with Collins privately later in the morning said they were happy he took the time to inspire the next
generation of physicians and researchers.

Stephen Chrzanowski, Ph.D., a medical student who graduates in May, said, “I think it was, more than anything, a nice, intimate way for him to really reach out to young trainees. His infectious enthusiasm really permeated us all.”

He said Collins emphasized that they will all frequently encounter failure as researchers. That is the nature of science. Collins, Chrzanowski said, wanted the
students to know, “That’s OK. It’s expected. When it all goes right and you discover something and you are the only person in the world with that little bit of
knowledge, that is a very rewarding experience.”

The most important aspect of NIH funded research is how it helps UF Health scientists make discoveries that improve lives and prevent and cure diseases,
Guzick said.

“Growth of NIH-funded grants increases the national stature of the University of Florida. It also creates thousands of jobs in our local community. Biomedical research is a powerful economic engine for our community,” Guzick said.

The continued growth of NIH-funded research is a result of the state of Florida creating and funding recruitment programs to advance biomedical and life
sciences research, said Michael L. Good, M.D., dean of the UF College of Medicine.

Established UF Health researchers have been successfully competing for larger NIH grants based on their promising research, while new grants are flowing to
recent faculty hired through preeminence initiatives meant to boost UF’s research and academic standings.

At UF Health, the NIH supports innovative and important research initiatives, including the Clinical and Translational Science Institute, which
accelerates the process of transforming scientific discoveries into improved health care. Good said notable examples of NIH-funded work at UF include first-inhuman clinical trials of cancer immunology to treat brain tumors, discovering the genetic underpinnings of neurodegenerative diseases such as Lou Gehrig’s disease and important research on inherited muscle diseases.

The POST is the monthly newsletter for UF Health 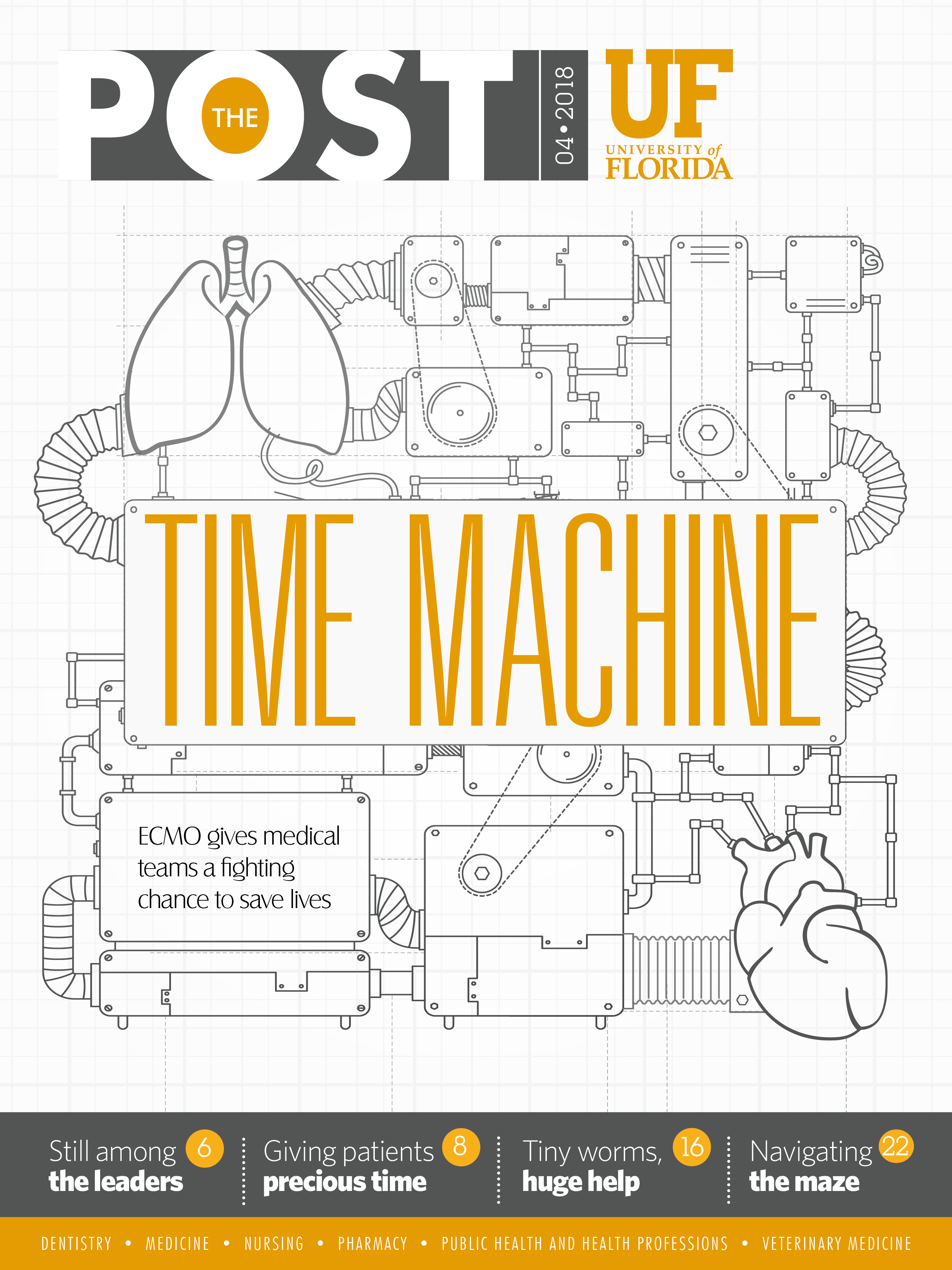