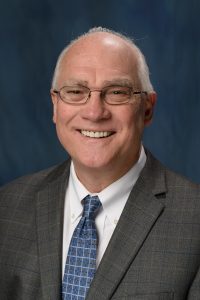 Jamie Smolen, M.D., is an associate professor of psychiatry in the UF College of Medicine.

Tens of thousands of college students cheer for their teams each weekend during the football season. Some of those who show up for the game after tailgate drinking may not remember the highlight touchdowns that they cheered so loudly for. Others may have trouble remembering even a rousing celebration of victory.

Binge drinking, the leading type of alcohol misuse for college students, is the culprit. Drinking too much too fast can cause memory loss, sometimes called a blackout, erasing any recollection of an enjoyable life event.

What’s more, research is suggesting that binge drinking in the college brain can impair not only learning but memorizing. Deficiencies in both of these crucial neurocognitive processes would probably make studying very difficult, and far less productive. In such a case, maintaining a high academic standing might be impossible.

While many young people may euphemistically refer to binge drinking as “partying,” those of us who study addiction know that it is a serious health risk for young people. We have long known of the immediate risks from assault, death by motor vehicle and suicide linked to drinking. But the effects of binge drinking affect learning inside and outside the classroom and can have adverse effects on making successful transitions throughout life.

The ongoing battle of the college binge

Binge drinking is generally defined as drinking several drinks — four for women, five for men — within two hours and elevating the blood alcohol level to 0.08 or higher. It leads to the deaths of about 1,825 people between 18 and 24 each year and close to 700,000 assaults. About 40 percent of college students binge drink monthly.

Despite a lower frequency of alcohol use in young people compared with older adults, getting intoxicated is more prevalent, and binge drinking seems to be their favorite way to get there. In fact, as much as 90 percent of the alcohol consumed by young people occurs while binge drinking.

Binge drinking can have an immediate and neurotoxic effect on the still developing and susceptible college-age brain. And the damage done by heavy drinking can worsen from one episode to the next, harming the brain at an accelerating pace beyond what would be expected from chronic dependence on alcohol.

When a heavy episode of drinking has ended, and the hangover has cleared, there is still a great concern about the neurological insults that can interfere with the accumulation of textbook and classroom facts. It can result in neurocognitive deficits that are likely to cause serious academic problems.

Beyond that, if a young vulnerable brain is subjected to four years of undergraduate partying, the development of maturational skill sets, necessary for a more successful shift into adulthood, may be impeded.

Further explanation of this may come from objective proof that young binge drinkers have a depletion of glutathione, an important antioxidant principally responsible for protecting the brain from the oxidative stress of free radicals. When depletion of glutathione occurs in the hippocampus, a part of the brain playing a major role in memory and learning, there is less of a neuroprotective effect that persists even during periods of abstinence between binges.

Throughout development, spanning decades, extensive and important changes occur in multiple areas of white and gray matter in the brain. Among these is the prefrontal cortex, a region governing executive functions. Any interference from alcohol during maturation can result in what amounts to “faulty wiring” with lifelong effects. The resulting altered brain functioning, even while sober, can set off the impulse to take risks with thrill-seeking behaviors. Affected teens and those in their 20s are more likely to have less regard for the danger that may result from seeking extreme and dangerous pleasures.

Repetitive binge drinking is also known to impair social functioning. Young people who binge drink typically are not developing useful interpersonal skills. And, binge drinking cannot help the brain to learn and evolve into consistently making well-informed decisions, an executive ability useful for the achievement of success and the happiness that would naturally follow.

A particularly dark side of bingeing: Blackouts

Another big worry for those of us who study and treat alcohol abuse is blackouts. During a blackout, there is a failure of the brain to transfer memory, or what is called encoding. The information of facts and events cannot be remembered and is blocked partially or completely.

E.M. Jellinek, credited as being the first to view alcoholism as a disease, first documented blackout drinking as an important indicator of alcoholism. Now, experts acknowledge how frequently it can occur even in healthy young adult drinkers. About 50 percent of college students who drink have experienced a blackout.

Someone in a blackout may appear normal while engaging in conversation and even appear to interact appropriately and yet not remember any of it. That is because of a disruption in activity of the hippocampus, which also interferes with the acquisition of new autobiographical memories.

While the brain is caught in a process of rapidly forgetting, binge drinking can also functionally compromise the brain with uninhibited poor judgment. The consequences can be embarrassing, and worse, can include injuries, sexual assault, unsafe sex, drunken driving and police involvement after drinking.

Researchers have a lot more to learn about blackouts. For one thing, we do not yet understand why blackouts continue in some people even after someone reduces his or her binge drinking. Genetic factors could hold the answer.

Earlier drinking in young people may also be associated with the continuation of blackouts even if binges become less frequent. Explanations for this require more scientific study like that done in Australia by Daniel Hermens and Jim Lagopoulos on the neurological underpinnings of alcohol-induced blackouts. They were looking for biological markers associated with alcohol-related brain damage affecting the hippocampus.

The greater question is can neuroscience rely on these brain changes as biomarkers to better understand what may be predisposing teen binge drinkers to blacking out and the resulting memory deficiencies that are far more worrisome.

What has been a common, expected and celebrated relationship with alcohol for college students should continue to be viewed with great concern.

Enough of the facts are in from neurobiological research to understand that alcohol has a substantial impact on the brain’s ability to transfer information into long-term memory. Binge drinking students experiencing blackouts could be compromising an opportunity to take advantage of a great education and perhaps diminish the probability of the success they anticipate.