L. Kendall Webb, M.D., FACEP, FAMIA, the chief medical information officer of UF Health Jacksonville, has been named a fellow of the American Medical
Informatics Association, a national organization dedicated to improving the delivery of health care services through technology. Webb is one of just two
certified clinical informaticists in Northeast Florida.

Anita Stephen, M.S.N., R.N., C.N.L., a clinical assistant professor, is the recipient of a 2018 Nurse’s Touch Award from ATI Nursing Education. This award recognizes outstanding educators for advancing professional and interpersonal skills in nursing education programs. Stephen manages simulation scenarios for BSN students and was nominated for her ability to foster a comfortable and collaborative environment where students learn communication and critical-thinking skills.

Denise Schentrup, D.N.P., APRN, B.C., an associate dean for clinical affairs and an associate professor, is the recipient of the 2019 Nurse Practitioner State Award for Excellence from the American Association of Nurse Practitioners. Schentrup serves as clinical director and lead nurse practitioner of Archer Family Health Care, the College of Nursing’s nurse-managed clinic, where she provides quality, affordable care to individuals and families of the small, underserved town of Archer and surrounding rural areas.

Rhonda Cooper-DeHoff, Pharm.D., M.S., FAHA, FACC, an associate professor, has been awarded the 2018 Award for Sustained Contributions to the Literature by the American Society of Health-System Pharmacists Foundation. She has published more than 170 peer-reviewed articles during her three decades as an academic writer. Her research interests include pharmacogenetics, hypertension, metabolic syndrome and diabetes. She has published in some of the most
respected medical journals in her field, including the Journal of the American Medical Association, or JAMA, Nature, Hypertension and the Journal of the American Heart Association.

Almut Winterstein, Ph.D., a professor and The Dr. Robert and Barbara Crisafi Chair of Pharmaceutical study that received the 2018 Pharmacy Practice Research Award at the American Society of Health-System Pharmacists Midyear Meeting. The ASHP Foundation bestows the award annually to an outstanding original contribution in peer-reviewed biomedical literature related to pharmacy practice in hospitals and health systems. The award-winning research identified a novel risk score that uses electronic health record data to project the risk for adverse drug events in hospitalized
patients.

Susan Nittrouer, Ph.D., a professor and chair of the department of speech, language and hearing sciences, has had a paper she co-authored selected by the Journal of Speech, Language and Hearing Research for the 2018 Editor’s Award. The award is given annually to the most impactful works that meet the highest quality standards in research design and presentation. Nittrouer, along with colleagues at The Ohio State University, described the results of a study that assessed language abilities in people who received cochlear implants as older adults, after years of experiencing hearing loss. 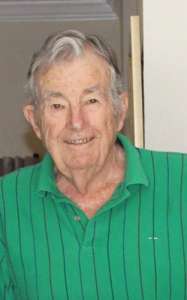 John E. Ives, a former executive vice president of Shands Teaching Hospital and Clinics Inc., died on Nov. 29. He was 89.

Ives served as the hospital’s chief executive from 1977 to 1987. His accomplishments include establishing the ShandsCair emergency transport program; turning Shands Teaching Hospital into a private, not-for-profit corporation that was renamed Shands Hospital; opening a 476-bed Patient Services Building and the
hospital’s central Atrium; and holding the first Children’s Miracle Network telethon at Shands Hospital.

In an October interview marking the 60th anniversary of what is now known as UF Health Shands Hospital, Ives said he was especially proud of leading the effort to make sure the overall quality of the hospital matched the talent and dedication of the medical staff.

“We improved patient care markedly and patients responded to that,” he said. “I see people even now who remark on their time at Shands in the old days — and that’s a good thing.

From his earliest days at Shands, Ives said he noticed and fostered a sense of collegiality and cooperation.

“Shands came together and we were all one big group of people — friends at every level. It was a comfortable place to go because the people I worked with made it
comfortable,” he said.

Ives began his career in the 1950s as the assistant director of Yale-New Haven Hospital and assistant to the dean at Yale University School of Medicine, in  New Haven, Connecticut, and then administrator for Middlesex Memorial Hospital in Middletown, Connecticut.

Following his decade at Shands, he served as the executive vice president/CEO of St. Luke’s Episcopal Hospital in Houston and later was CEO for Memorial Medical Center in Savannah, Georgia.

He also was the chair of the Florida Hospital Association and he consulted for the National Institutes of Health.

Ives had an important role in the growth and success of the hospital system and was committed to serving the Gainesville community, said Ed Jimenez, CEO of UF Health Shands. He also was an avid golfer and a loving husband, father, grandfather and great-grandfather.