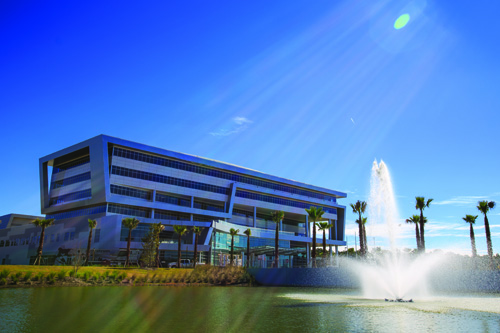 This is the second recent Healthgrades honor for UF Health Jacksonville, which received two clinical awards in late 2018, when it was ranked as one of the top hospitals in multiple areas of care in the organization’s report.

“This is an amazing achievement for everyone at UF Health Jacksonville and is a direct result of the focus we put on patient care,” said Leon L. Haley Jr., M.D., MHSA, CEO of UF Health Jacksonville and dean of the UF College of Medicine – Jacksonville. “All of our caregivers and those who support them should be proud of this honor. Our goal will always be to provide the most comprehensive and compassionate care to our community.”

Healthgrades America’s Best Hospitals is based solely on clinical quality outcomes for 32 conditions and procedures.

This premier distinction rewards hospitals that consistently exhibit exceptional, comprehensive quality care. Healthgrades says patients are more likely to have a successful treatment without major complications — and have a lower chance of dying — at America’s Best Hospitals.

“Consumers have many options for care, so when hospitals prove their long-term commitment to the patient and to achieving high-quality clinical outcomes, it sets their system apart in a sea of choices,” said Brad Bowman, M.D., chief medical officer at Healthgrades.

The Healthgrades analysis revealed that, on average, America’s Best Hospitals outperformed their peers in treating a core group of conditions that account for more than 80 percent of mortalities in areas evaluated, including heart attack, heart failure, pneumonia, respiratory failure, sepsis and stroke. These hospitals are also among the top 5% in the nation that deliver high-quality care across at least 21 of 32 common inpatient conditions and procedures, according to the Healthgrades analysis.

Healthgrades also singled out UF Health Jacksonville for a long list of specific achievements, including:

“We have put a tremendous amount of effort into boosting our quality scores because, in the end, that means better outcomes for patients,” said Kelly Gray-Eurom, M.D., chief quality officer for UF Health Jacksonville. “This shows that the steps we have taken, and continue to take, are having a dramatic, positive effect on care.”

Race of a Lifetime