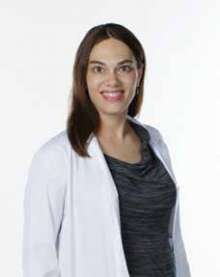 When is dead really dead?

For the longest time, “death” used to be when the heart stopped beating and breathing stopped. Then, machines were invented in the 1930s that enabled people to receive air even if they could not take in the air themselves. In the 1950s, machines were developed to help sustain a heartbeat.

But no machine could bring back an irreversibly brain-damaged patient to have a functioning brain. As a result, the concept of
“brain death” was introduced as an additional definition of death to complement death by heart-lung failure.

The concept of brain death, while legally adopted in the U.S. and in large parts of the world, has remained an area of ongoing
discussion. It often centers on how someone can be dead when the heart is beating and the body is warm, even if this function is
entirely reached through artificial support.

Brain death also is more difficult to conceptualize, as it is a less visible form of death. And isn’t it so much easier to believe what we can see?

On April 17, 2019, a study published in Nature that showed signs of activity in pig brains after they were killed added more fuel to the discussion. I am a neurologist specializing in neurocritical care, with both clinical and research interests in acute brain damage, and broad exposure to catastrophic brain injury and brain death. My analysis of the study is that it reinforces much of what we already know, that death is a continuum.

When pigs die, can their brains be revived?

In the study, scientists took brains from pigs that had been slaughtered at USDA regulated facilities, connected them to a machine that pumped an artificial blood-like nutritional fluid through the brains four hours after their “death,” and measured activity of brain cells. They found that even hours after death, blood circulation — or circulation of the artificial blood — and certain brain cell functions could be restored in this experimental setting.

The conclusion was that demise in the brain after the heart stops beating follows an extended process rather than occurring at a defined moment in time, and that perhaps our brains have a better capacity to heal than is currently known.

Is this news? Yes, on a scientific level — that is, under the microscope, because an experiment like this has not been done before. But, have we not known for a long time that death does not occur within the blink of an eye?

That means that such a body was not immediately dead. And, conceivably, if one hooked up such a body to a blood supply and healed the wounds, most people could likely imagine that it could continue to be maintained with living body parts or cells.

Can a head still be alive after decapitation?

Even worse to imagine: Could the decapitated head still be conscious for a bit? Perhaps yes.

After the heart stops beating, we consider that someone has died. But, after the heartbeat stops, we also know that sometimes, the heartbeat can come back by itself. This is called autoresuscitation. In this case, someone who appeared dead for a few minutes may not have actually died.

But the situation is different for the brain than for the heart. When there is a lack of blood flow in the absence of a heart that pumps it, or when there is intrinsic brain injury and blood cannot get in, the situation is tricky. Brains are very sensitive to being deprived of oxygen and energy supply, and various degrees of brain
injury occur. Depending on how long the energy fuel to the brain is absent, brain function can remain alive to various degrees and be rekindled to a degree we
neuroscientists do not yet fully know. We know that brain function is seriously disturbed, with variable permanence of function loss depending on how long the brain has not had energy.

The end result of how functional such a damaged brain will be one of the biggest challenges we have to learn more about.

After an injury, a whole sequence of consecutive processes occurs that is called secondary brain injury and is triggered by the insult to the brain in the first place. And these processes often cause tremendous damage, and sometimes more than the actual first injury.

For example, a hard blow to the head can result in a bruise or bleeding in the brain, which can be removed by surgery in certain cases. Despite the bleeding being stopped or removed, however, the surrounding brain will sometimes start swelling and bruising even more over the subsequent days, like a big bruise on the thigh that goes through stages and color changes. There is not yet a preventive therapy for this, but we know that some factors can make this process worse,
such as blood pressure that is too low or lack of oxygen to the brain during the healing phase.

Imagine a broken bone: The cast is just the first step, and there is swelling, pain and weakness for weeks to come. In the brain, the process is more granular. And in neuroscience, we are just now beginning to understand this cascade of events.

What to learn from the pig study

The study of revived pig brain cells does not even come close to touching on this much bigger picture. It is limited to showing that the time span and spectrum of nerve cell function that can persist and at least partially be restored is longer than had been shown so far. Hence, it supports the idea that dying is a process, and puts an additional piece of data on the length of this process.

But it does not show that these brain cells were able to function as a nerve cell network leading to higher brain function such as consciousness or awareness — the features that set us apart as humans. It also just looks at the immediate restoring of cell function, and not at how these brains do days out, when the continuing processes of secondary brain damage set in.

To summarize, in the absence of blood flow, the brain, including all its individual cells, will die — eventually. And this study has perhaps expanded the understanding of “eventually.”

Death is a process and not a moment in time. It is the human desire to put things in categories of black and white and to have definitions that let us operate in daily life. Death — this is becoming more and more clear — is a large gray zone, and we will have to expect that this gray zone grows as science progresses.