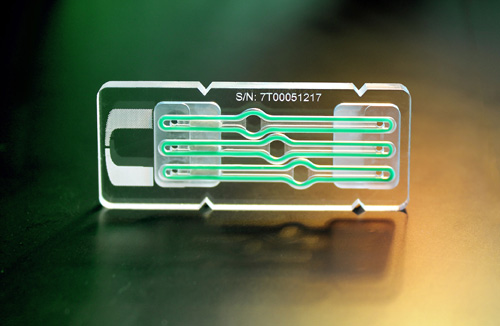 A group of University of Florida researchers will use a new $5 million grant to develop a “pancreatic islet on a chip” — a platform that will allow them to more efficiently and effectively study Type 1 diabetes and potential treatments for the condition.

The scientists aim to develop a device known as a microphysiological system that can provide insight into what triggers the disease and offer a way for them to rapidly and safely test new treatments, the researchers said.

The system will harness recent advances in stem cell technology, gene editing and biomedical devices to replicate the conditions in the body that result in Type 1 diabetes. That will give researchers a unique window to study the mechanisms of immune cell destruction caused by Type 1 diabetes, said Cherie Stabler, Ph.D., one of the principal investigators on the grant and a professor in UF’s J. Crayton Pruitt Family Department of bBiomedical Engineering.

Without the system, testing new therapies for Type 1 diabetes would cost up to $10 million and require years of clinical trials, the researchers said.
Ultimately, researchers will be able to generate human cells with immune characteristics similar to those found in people with Type 1 diabetes. Those cells can then be inserted into customized chip devices to provide what Stabler said is unprecedented insight into cellular interactions.

“This work is so exciting, as it integrates technology that was not even possible a few years ago. We hope to leverage this technology to really dive into the mechanisms of disease activation and progression, as well as to efficiently screen novel therapeutics,” Stabler said.

The new system will let researchers more effectively study and work on correcting the mechanisms that cause Type 1 diabetes, said Todd Brusko, Ph.D., a principal investigator and associate professor of pathology in the UF College of Medicine who also is associated with the UF Diabetes Institute. That could include studying ways to protect insulin-producing beta cells found in the pancreas or blocking the immune system response that attacks and kills beta cells.

“This will be a model system for testing different therapeutic agents without having to wait a decade for clinical trials,” Brusko said.

system being developed will also have some scientific advantages: Starting with self-replicating, undifferentiated stem cells, researchers will be able to derive different cell types that are believed to be important to the disease process in Type 1 diabetes. They can then be combined to create a model of the disease without mixing samples from different patients, Brusko said.

Having a system that replicates certain pancreatic cellular functions also solves a significant scientific conundrum. Researchers now are limited to screening patients’ blood for the biological markers of Type 1 diabetes or studying a single point in time using a deceased donor’s pancreas. This prevents researchers from studying factors that initiate the disease or the immune pathways that are activated as the disease progresses, according to Stabler. All of that limits scientists’ ability to generate drugs or interventions that slow or stop Type 1 diabetes.

Now, modeling the disease outside of the body and mixing key cellular components will help researchers better understand what is happening in patients, Brusko said.

The five-year grant is a multidisciplinary effort that builds on a history of collaboration between the UF Diabetes Institute and the J. Crayton Pruitt Family Department of Biomedical Engineering as well as engineers at the University of Miami. In addition to Stabler and Brusko, other principal investigators include Clayton Mathews, Ph.D., the Sebastian Family Professor for Diabetes Research at the UF Diabetes Institute and a professor in the UF College of Medicine’s department of pathology, immunology and laboratory medicine; and Ashutosh Agarwal, Ph.D., an assistant professor of biomedical engineering at the University of Miami.