UF College of Dentistry ranks No. 5 in NIH research funding 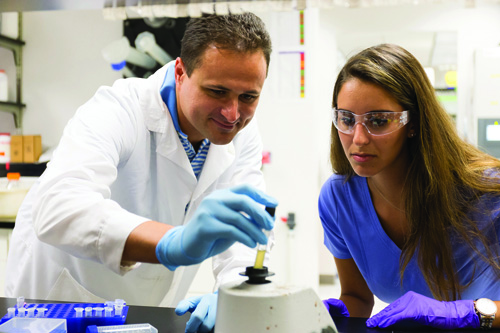 Students working in the UF College of Dentistry labs.

The UF College of Dentistry research enterprise ranks fifth nationally for a second straight year among all U.S. dental schools in National Institutes of Health funding, with $11.2 million awarded through the 2018 fiscal year. The Blue Ridge Institute for Medical Research rankings include award data from all NIH institutes. The college ranks fourth among public institutions and has been ranked in the Top 10 among dental schools in NIH funding since 2006. Last fiscal year, the college received more than $15 million from all sources in contracts and grants to seven departments. — Karen Rhodenizer 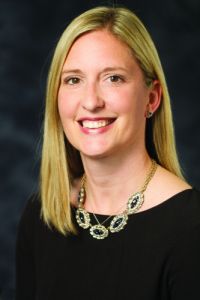 Traci Spray d’Auguste has been appointed chief operating officer for UF Health Shands, with responsibility for the operations of the Gainesville hospitals and hospital-based programs. She will provide operational leadership and guidance to ensure accountability and performance across the organization. For the last two years, d’Auguste served as vice president of clinical services at New York-Presbyterian Brooklyn Methodist Hospital in New York. Before that, she spent four years at Rush University Medical Center in Chicago, first as executive administrator for the department of internal medicine and then as associate vice president of strategic operations for the Rush University Medical Group. Prior roles include administrative duties at the University of Chicago and at NewYork-Presbyterian Hospital. — Kim Rose

UF researchers are poised to help some of the most vulnerable of those affected by the nation’s opioid crisis: babies and children of mothers who used opioids during pregnancy. A multidisciplinary team of UF faculty from the colleges of Medicine, Public Health and Health Professions, Law, and Education, along with numerous state partners, have received an 18-month, $514,688 grant from the National Institutes of Health to help plan a long-term national study on the effects of prenatal exposure to opioids and other substances on brain development and behavioral health in young children. Known as the HEALthy Brain and Child Development Study, it is part of the NIH HEAL Initiative. Launched in 2018, the initiative aims to improve prevention and treatment strategies for opioid misuse and addiction and enhance pain management. — Diana Tonnessen