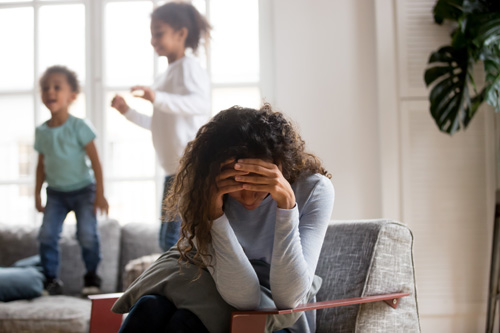 epression in parents may be linked to behavioral and emotional problems in preschool children, according to a study led by a University of Florida College of Medicine – Jacksonville psychiatrist, who urges caregivers to reach out for support.

Elise Fallucco, M.D., an associate professor of psychiatry and chief of child and adolescent psychiatry, and a team of researchers determined there is a significant relationship between caregiver depression and psychological symptoms in young children. They say early identification and treatment for both groups are crucial for positive outcomes.

The study included more than 2,600 families with children ages 3 to 5 years old. Caregivers, including parents, grandparents and legal guardians, were given the Early Childhood Screening Assessment to complete. The ECSA is a parent-report screening tool used to assess behavioral and emotional problems in young children, as well as for depressive symptoms in caregivers. The ECSA screens for issues such as anxiety, hyperactivity, impulsivity and aggression. 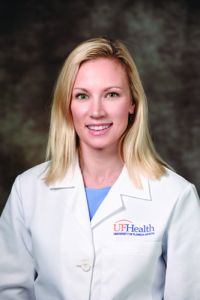 “We determined this is a bidirectional issue, which means depression in the parent increases risk for child behavioral and emotional problems, and vice versa,” Fallucco said. “It’s also important to note that both mothers and fathers are affected by depression, which can have a negative effect on the family.”

Fallucco says the study highlights the need for increased mental health screening in primary care settings — a point that has been consistently emphasized by the American Academy of Pediatrics. Pediatric primary care settings offer an ideal opportunity to screen for early childhood BEP and parental depressive symptoms because the pediatrician has a close relationship with the family and typically sees the child on a regular basis with at least one of the parents present.

“Parents who suffer from symptoms of depression need to realize they are not alone. Depression is common and there are many people they can reach out to for help,” Fallucco said.

“Unfortunately, many people feel there is a stigma associated with admitting they need help,” she said. “However, depression is a medical illness like any other, and treatment can be effective. Talking to a physician about treatment and reaching out to family and friends are key steps in getting the right help.”
Visit https://ufh.sc/Fallucco to read the study.