In his new role, Behrns will work to ensure the provision of the highest-quality care within the UF Health Central Florida hospitals while promoting a strong culture of safety. Toward these ends, he will seek to foster close and positive working relationships with all medical providers across the campuses. Additionally, he will play a key role in developing medical policies and procedures in support of innovative patient care programs and will promote continuing medical education.

“Dr. Behrns has an impressive track record of successful leadership and a thorough knowledge of UF Health’s unique culture of innovation and medical excellence,” said Ed Jimenez, UF Health Shands CEO. “That unique background will aid him in his new role as he works with medical staff members to develop best practice policies and procedures while representing UF Health Central Florida in a number of initiatives related to physician recruitment and continuing medical education.”

Behrns attended the Mayo Graduate School of Medicine and completed his general surgery residency training at the Mayo Clinic in 1995. He spent his early career at the University of North Carolina before coming to the University of Florida in 2005, where he subsequently served as the Edward R. Woodward Professor and chair of the UF Department of Surgery from 2009 to 2016. In January 2017, he assumed the position of vice president for medical affairs and dean of the School of Medicine at Saint Louis University.

Throughout his career, Behrns has been dedicated to delivering leading-edge care, conducting innovative research and educating the next generation of surgeons. He has received numerous awards for teaching and mentorship and scholarship.

“I could not be more excited and honored to return to the UF Health family with its newest member — UF Health Central Florida,” said Behrns. “This is an important step forward for our organization and represents a tremendous opportunity for me to play a role in shaping the future of health care delivery for the residents of Lake, Sumter and Marion counties.” 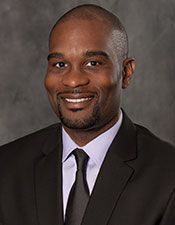