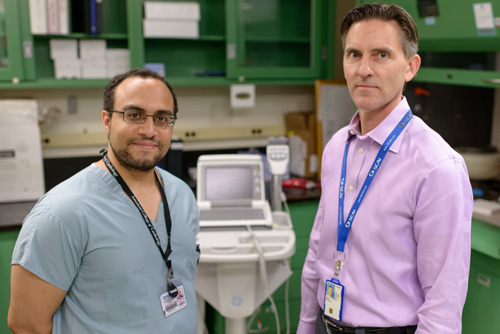 Among otherwise healthy people, a daily dose of aspirin does not save lives and causes additional bleeding, an analysis by University of Florida Health
researchers has found.

Their meta-analysis of 11 aspirin therapy clinical trials involving more than 157,000 healthy individuals since the 1980s found the drug doesn’t reduce deaths, heart attacks and strokes. Low-dose aspirin users were also about 50 percent more likely to have major bleeding compared with those who did not use aspirin, the researchers concluded.

The findings were published in the European Heart Journal. Aspirin prevents blood clots from forming, which can reduce the risk of a stroke or heart attack. But it can also be a hazard: Blood that doesn’t clot easily can raise the risk of a hemorrhagic stroke or internal bleeding. Some 40 percent
of U.S. adults over age 50 use aspirin for the primary or secondary prevention of cardiovascular disease, according to a 2016 study.

The analysis affirms more broadly the findings of three large-scale, randomized clinical trials done elsewhere and published earlier this year. Like the current meta-analysis, those studies concluded that aspirin had no effect on death rates but caused more bleeding among otherwise hearthealthy
patients. Some studies of aspirin’s potential cardiovascular benefits emerged in the 1980s but subsequent research revealed its limitations and potential
hazards.

Because much of the aspirin therapy data come from very old studies that may have less relevance to current practice, a new, in-depth analysis was needed, said Anthony A. Bavry, M.D., an associate professor in the UF College of Medicine’s department of medicine and a cardiologist at the Malcom Randall Veterans Affairs Medical Center in Gainesville.

To establish their findings, Bavry and his collaborators parsed mortality and other data on strokes, heart attacks and bleeding from the earlier studies. All-cause mortality was similar between aspirin and non-aspirin users who had no prior cardiovascular events (i.e., otherwise healthy individuals), which researchers said shows that the drug has no effect on death rates. Aspirin use also increased the incidence of major bleeding compared with non-users, the researchers found. Major bleeding was defined as blood loss that required hospitalization, surgery or transfusion, as well as all brain-related bleeding.

The research team closely scrutinized data from the 11 trials, looking for even small reductions in death and other risks associated with aspirin use.

“With the addition of each trial to our study, there wasn’t any evidence of added benefits regarding mortality. We actually found it might be futile to do any more trials to assess this outcome,” said Ahmed N. Mahmoud, M.D., a cardiology fellow in the UF College of Medicine’s department of medicine and a co-author of the study.

The findings largely reflect existing European guidelines for aspirin therapy, which recommend that patients who are cardiovascular disease-free not use the drug due to the increased risk of major bleeding. Domestically, the current recommendations are more lenient: Mahmoud said U.S. guidelines still lean toward using aspirin therapy in certain patients with high risk of cardiovascular disease.

Despite aspirin’s entrenched status as a cornerstone medication, the most recent clinical studies and the UF Health-led meta-analysis make a strong case about the drug’s risks and lack of benefits among certain patients, Bavry said.

“Many professionals have a hard time believing that aspirin may not be so beneficial because there has been such a widespread and favorable view of this medication. This certainly does not settle the debate, but it does call for a reappraisal of society’s overwhelmingly positive view of aspirin therapy,” he said.

Patients who are on a daily aspirin regimen or considering it for cardiovascular issues should talk to their health care provider to help them balance potential risks and benefits, Bavry said.